Email ThisBlogThis!Share to TwitterShare to FacebookShare to Pinterest
Below is a picture of Choco (7 years old), my brother's dog, happily eating "whole" animals, bones, skin and organs as part of his daily diet. He is free to consume as much as he wants and the parts he likes most. 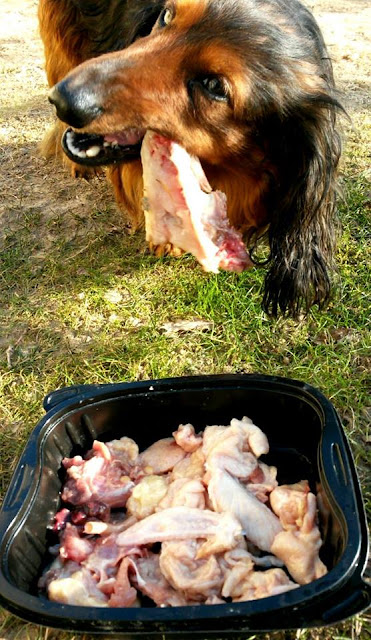 Obesity, and diabetes is reaching epidemic proportions in cats and dogs. The reason is very simple, same as in humans: insulin resistance. Today's cats and dogs are usually fed a "well-formulated" high-carbohydrate pet food, which, over the long term predispose our pets to chronic diseases (cancer, diabetes, heart disease).

Choco, fed on dog crackers the first few years of his life developed the following symptoms:
The advise given by the vet was:

There were some improvements. But it did not seem to work very well after a few months, as the poor dog was starving.

The solution was to give him food originally meant for dogs, as nature intended: raw or cooked meat, organ meat, bones, and no more starches. He eats whenever hungry.

The changes in Choco, some of them noticed by the vet at the yearly check-ups:

Today, Choco would not touch a commercial dog food.

(Sorry for the quality of certain pictures) 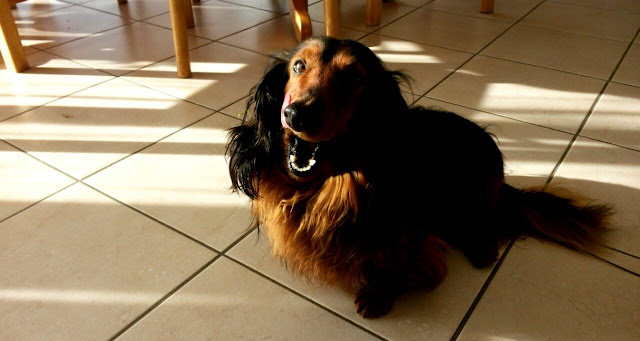 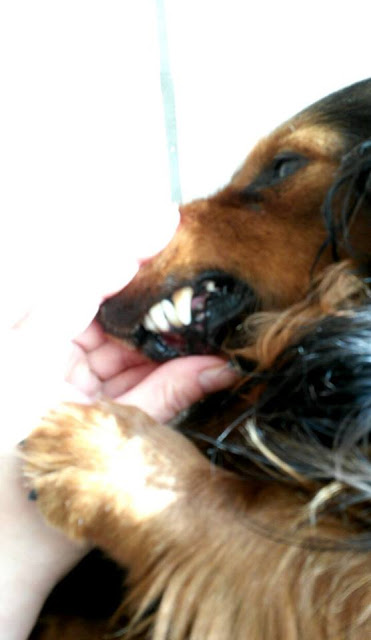 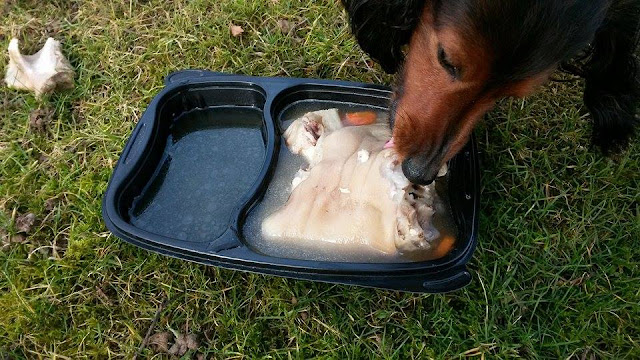 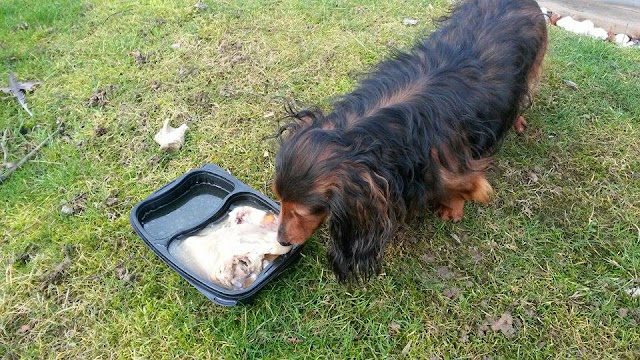